Kentucky mountain music - after the flood

We are finishing our run of benefit concerts for Appalshop and Troublesome Creek Guitars supported by Oslo musikkråd in this nice pub in one of Oslo's busiest neighborhoods.

Kentucky mountain music - after the flood 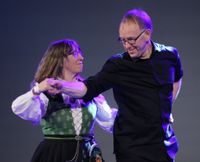 Kentucky Mountain Music - after the flood

Feleboga will play another benefit concert for two cultural organizations in Letcher County, Ky that were badly harmed by the flood on July 28th. All donations and CD sales will go to https://appalshop.org/ and https://troublesomecreekguitars.com/. We are hoping for a jam session after the show.

Concert with old-time music from Kentucky. 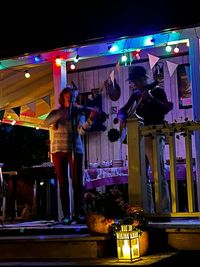 Feleboga was part of the porch concert.

Feleboga is playing another CD release at the Strenger i Gress Bluegrass festival.

Concert with Elizabeth, Paul and Hans-Hinrich, then old-time jam afterwards. So bring your instruments!

jam weekend with our Danish and Swedish friends

coffee break with Elizabeth and Hans

The Oslo-based band Feleboga has charmed and delighted audiences with its eclectic mix of tunes, songs and dances from the Appalachians and Norway. Performing on fiddles, hardingfele, guitar and banjo, the band has performed concerts, appeared at festivals, played for and called dances and taught at workshops in Germany, Poland, Iceland, Thailand, Norway and the US.

Since May 2020, Feleboga played weekly live-streamed "Coffee Break" performances from their living room. After 52 shows, the band released their newest CD and is very happy to be performing live shows again.

Feleboga ("fiddle bows") was founded as a hardingfele duo by Hans-Hinrich and Elizabeth in 1999. Mattias joined his parents playing spoons and dancing when he was five, and playing fiddle, hardingfele and ukulele from the age of ten, Mattias is now a student at the Norwegian State Academy of Music and performs with his own bands The Moosewhisperers and Gangarstubbgutta.

With the addition of Paul Kirby on vocals and banjo and Alix Cordray on bass, Feleboga Stringband performs Appalachian string band music:  toe-tapping hoedowns, lively songs with three-part refrain singing, and mournful ballads from the mountains and sea. Feleboga is dedicated to presenting and teaching traditional Appalachian dance including southern squares, big circle dances and solo flat-footing or clogging. Alix is a well-known dance instructor with an ability to encourage everyone to join the dance and Hans-Hinrich has learned to call dances from master caller Phil Jamison while Mattias has picked up dance calling just by living in the tradition.